In an effort to reduce the number of mailpieces in a mailing that require forwarding or return, USPS Move Update regulations are now required within 95 days before a mailing date for all automation rate or presort rate First-Class Mail® and Standard Mail® (effective November 2008). This includes all mail categories such as letters, flats, automated, nonbarcoded, nonprofit, and so on. 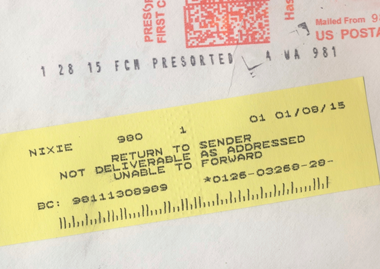 Move Updates reduce more than just the number of undeliverable-as-addressed (UAA) mailpieces, they also significantly reduce US Postal Service costs associated with UAA mail. The USPS processed over 158 billion mailpieces in 2013, of which 6.8 billion items were UAA. They spent $1.5 billion to process those mailpieces (forwarding, returning, or treating them as waste). [1]

According to the US Postal Service, “The Move Update standard is met when an address used on a mailpiece in a mailing for any class of mail is updated with an approved method and the same address is used in a commercial First-Class Mail or Standard Mail mailing within 95 days after the address has been updated.” [2]

NCOALink and ACS are the most popular choices for move update requirements. Here is the difference:

NCOALink is a pre-mailing process run by an NCOALink licensee (like Digital Dog Direct) who checks your list against a 160 million address database that contains the most updated record of the past 48 months of moves registered with the USPS. NCOALink is easy and accurate, making it a popular choice for direct mailers.

ACS is a post-mailing process that meets the move update requirement if your address has been updated previously through ACS or another move update process within 95 days of your mailing date. The USPS returns move data (often limited to the past 18 months) to you, including temporary moves and UAA information, after you send your mail.

So should you use NCOALink or ACS? If you are reusing the same list and would prefer to have temporary addresses, ACS could be a good choice for you. However, NCOALink is very popular because of its ease of use and accuracy. NCOALink helps reduce the number of mailpieces you need to print and the number of returns you will receive.

Learn more about the US Postal Service Move Update Requirements, NCOALink, and undeliverable mail in this free white paper. 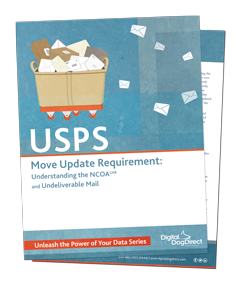