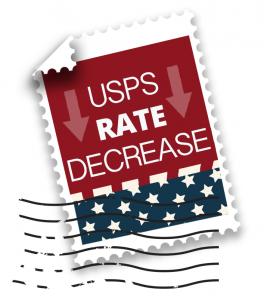 For the first time in nearly 100 years, the price of stamps is going down.

Effective on April 10th of this year, stamps will drop from their current price of 49 cents to 47 cents, in addition to the other Market Dominate services (First Class Mail, Standard Mail, Periodicals, Standard Package Services [Bound Printed Matter/Media Mail] and Market Dominate Special Services) that will have their prices decreased as well.

The decrease comes as a result of an act that Congress passed in 2013, which allowed the USPS to add a 4.3% surcharge so that they could recover financially from the Great Recession. However, part of the act claimed that once the USPS had earned 4.6 billion dollars of revenue, the act would expire. According to the Postal Regulatory Commission, this amount of revenue will be reached on April 10th of this year, which is the date that rates officially decrease and go into effect.

In a release issued by the USPS, Postmaster General and CEO Megan Brennan said, “The exigent surcharge granted to the Postal Service last year only partially alleviated our extreme multi-year revenue declines resulting from the Great Recession, which exceeded $7 billion in 2009 alone. Removing the surcharge and reducing our prices is an irrational outcome considering the Postal Service’s precarious financial condition.”

A complete listing of the final prices, effective April 10, are available on Postal Explorer at pe.usps.com.

Make sure you subscribe to our newsletter so you never miss an important mail-related update! 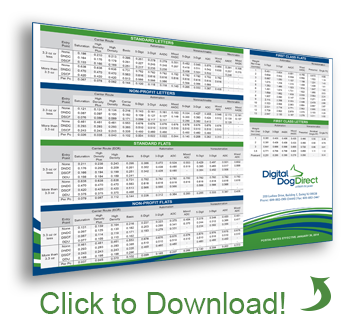