The holiday season is the busiest time of year for the US Postal Service! 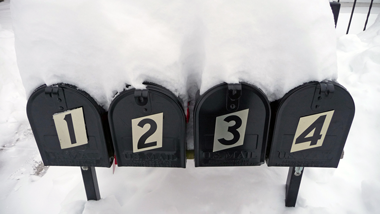 Don’t let your direct mail campaign get caught up, delayed, or cut out of the mix by missing any important cut off dates. Click below for a PDF with the 2015 Holiday Shipping Cut Off Dates for First Class Mail, Priority Mail, Priority Mail Express, Standard Post, and more:

Sure enough, the USPS was quite busy during the 2014 holidays, recording these numbers: